Do you know who this guy is? He’s been hidden from the world aggressively and intentionally. His name is Wilhelm Reich . You won’t really hear about him ever unless you do some research. Reich is responsible for some brilliant advancements in relation to orgone energy. Do you know what orgone energy is? Apparently, spellcheck does not recognize it as a word, imagine that… Anyway, you can think of orgone energy as “The Force,’… yes, from Star Wars. It is an energy that surrounds us all, binds us all, very similar to what the Force was based around. Why have you never heard of Wilhem Reich or orgone energy?… because his work was systematically destroyed and erased from historical archives and he died alone in bed in jail. Sound familiar? Remember when I wrote a post about a guy named  Royal Rife ?

Same circumstances,… like Reich, Rife had made significant advances in what you might call new age science at that time, destroying  countless cancers, viruses, and diseases with sound frequencies. He also made tremendous progress with electron microscopes. … BUT... His work threatened the established medical ethics of the time as well as the reputations of many doctors, hence his work was systematically destroyed and he died alone and broke. It’s beyond tragedy. Instead of allowing these pioneers to advance our knowledge of medicine and science, the powers that be shut them down and ostracized them… all over money. Another very famous person this happened to… Nikola Tesla  Unlimited free energy from the Earth’s ionosphere means no more electricity needed with wiring, outlets, transformers, etc… NO MORE POWER BILLS,… and investors lose money, so again…squashed out of the historical record. It never fails, and again, it’s all about money and power, NOT the overall benefit of humanity, what a waste.

So, what is orgone energy exactly? Here’s a link for you… CLICK HERE>>> Orgone Energy – Wilhelm Reich and the Orgone Accumulator    You can find numerous articles if you look, but as I said earlier, this info is not just freely handed out to the public because they don’t want you to know about it. Look here… 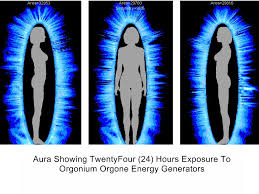 (Read the link above first) Now Reich had made many accumulators which enhance the “flow” of orgone energy, which is thought to cure numerous ailments as well as provide protection against negative outside influence. Orgone is unlimited, costs nothing, which is precisely why they attempted to bury it between the pages of history. Like Rife and Tesla, the work that Reich was focusing on would have had exceptional benefits at little to no cost to the masses, and that is not the way the globalist pig scum operate, is it? Forget the advancement of the human race, if it doesn’t pay, squash it. Think of what people would save if their cancer was cured by something as simple and inexpensive as sound frequencies that Royal Rife discovered, think of what people could do if they ALL had the free, unlimited energy that Tesla had been pioneering, and just like those two, imagine if everyone knew and understood what orgone energy was and used it in some daily manner to better their overall health, again at little to no cost. But YOU don’t, do you? Only now, thanks to the internet, alternative media, and a few brave souls that helped preserve the work of these guys before it was all completely destroyed, and now that knowledge can be reborn someway hopefully for a future generation to benefit from. I can get way more into this, and detail the specifics for you all, but I want YOU to use the links I placed above and discover this info out for YOU, not for me. I found it serendipitously, and now I share with you, but you don’t get it all for free. You’ll be happier in the long run AND… you might discover something else while you are discovering this, which happens quite a bit. You can click any of the names above to go straight to the Wiki-link, and then you can go wherever you search takes you from there. The more you know, the stronger you get. Don’t be weak, don’t fall into the trap of the sheeple herd mentality. They have distracted and brainwashed most of you for a long , long time. They are very good at it. Now however, for the first time in any history you know, YOU have the chance to empower yourselves and rise into your higher being. I cannot emphasize the evil of television. That is their number one tool, controlling the information that comes through your little boxes, which in turn, controls YOU. Keep them occupied on something other than themselves as much as possible… and how many people are still stuck in that world? Time to wake up. Time to take your power back, while you can. Why would you continue to graze of the same grass the herd eats when you could be a shepherd, a whole other level above the herd? Think about it. Make sure to click those links above. Yesterday, I didn’t know about Wilhelm Reich and/or orgone energy. Today, I do and if you read this, so do you. Now share because look how far they’ve gone to cover this knowledge above by NOT acknowledging “orgone” as a word. There are actually several words that come up as non-words, ever wonder why that is? Hmmmm… I may have to do something separate about that for you. Nonetheless, here you are, consider this a discovery for the day and help others help themselves. Wide eyes open. Love to all.