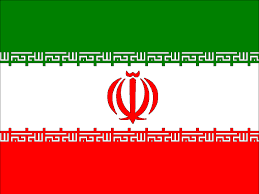 Do you know whose flag this is? This is the Iranian flag, and the Iranians have officially joined the World War 3 party. According to reports, a message was confiscated from high level Iranian officials, ordering militants to attack the US embassy in Iraq if the US goes through with a military strike against Syria. Do you see how all this is playing right into the globalist agenda? Here’s how it may go down: The US commences with their attack against Syria, Syria and Iran then launch attacks against US embassies and Israel, Israel resorts to nuclear weapons and/or a false flag nuclear event is staged, now while all this is going on, the Chinese and Russians are poising themselves to attack the US and Israel as well, France and the Saudis join in the US side, and thus, we have World War 3, all of which could be the fact of the reality in less than a week. How does this play into the globalist agenda?

As I’ve told you all many times before, the globalist agenda seeks to depopulate, massively depopulate, as in 6 out of every 7 people are dead, and when it is all said and done, there is left a population of about 500 million to a billion, all made up of the globalists and those they deemed worthy enough to save in their underground bunkers. That’s right, they have underground bunkers, several of them, but you don’t know because you weren’t invited. Neither was I, don’t sweat it. If you don’t believe me, look it up. They are called DUMBS, Deep Underground Military Bunkers. Here’s a link>>> Shadow Government Bunkers  …and some images… 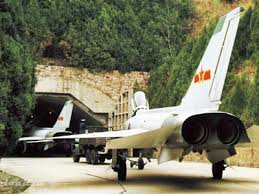 …. there are satellite images, and many other pics you can see if you look, and no one really disputes the fact that they DO exist, what is disputed is whether or not these truly are bunkers to provide safe haven for a chosen few when World War 3 or some other global calamity unfolds. I don’t know anyone who has been invited, so I cannot definitively say what they are for, but the globalists need somewhere to hide while the world collapses into chaos and disorder. I told you these guys were pros and they are confident in their own safety should a worldwide war break out, so it makes sense that they have secured these bunkers for themselves, doesn’t it?

Iran making these threats is all part of the orchestration. Whether or not Iran is a part of it, they are playing their part just how the globalists want it. THEY WANT WORLD WAR 3. If you STILL have not read or become familiar with Agenda 21 is, please inform yourselves. I run into people all day long who have no idea what is about to go down if the US strikes Syria with a missile attack. You 85 to 90% ARE the collateral damage on the path to the new world order. The illuminati is real, the new world order is real, the globalist agenda is real, and that agenda doesn’t not involve you continuing to exist. I cannot say it any other way, you are all at the edge, at zero point, it all comes down to this missile strike. History will look back at it as the cause of World War 3, whether it was provoked by a false flag or not, IT WILL BE THE SPARK THAT LIGHTS THE FIRE. I read a quote yesterday, I want to say it was Einstein, but I could be wrong. Anyway, the quote reads like this, ” I don’t know how World War 3 will be fought, but I know World War 4 will be fought with sticks and stones.” Do you all realize the scope and the gravity of what World War 3 could bring about? Nuclear weapons, bioweapons, chemical weapons, the deaths of not millions, but billions. No one wants it, except this fractional handful of globalist pig scum. They control everything because they control the world’s monetary systems. They control everything because they have amassed their power by making debt slaves of the populous and taking their power through those corrupted worldwide monetary systems. While >1% lives like kings and queens, everyone else lives by paying them tribute in some way, scrapping by while working their asses off. How often do these globalist pig scum work? How much vacation time does Der Fuhrer Obama take? It’s disgusting how fucking arrogant these evil bastards are, and they shove it all into everyone’s face. Fuck them and their agenda. But they will try to make it happen anyway and as I’ve told you all before, they will either win, and get their new world with their new world order, them at the top of the pyramid even more so than now. OR…. they will fail and fail hard, but if they do not succeed, they will collapse under their own shadow of evil and try to suck as many of you into their abyss with them as they can. Let’s review before I finish up this post: Chemical weapons reportedly used against Syrian civilians on August 21, 2013. This is not the first time, but this time “US intelligence” has “undeniable proof” that the regime of Bashar Assad, the current Syrian leader, was responsible. The President then demands an immediate military strike against Assad’s regime, before the “proof” has even been validated. Russia, China, and Iran warn the US not to strike, citing that it was the REBELS who created the chemical attack, only to blame Assad and win more support from the US, a ploy which they HAVE done before. The President, under international pressure, decides to wait for Congressional approval before striking Assad, a decision set to happen on this upcoming Tuesday, September 10th. In the meantime, China and Russia have moved warships toward Syria, where US warships already are. Why would they be doing this? Is it routine? So we have the warships all come together in the same vicinity and now, Iran is being reported to have ordered action against the US if they strike Syria. And let’s not forget Israel, the number one US ally of the Middle East. Apparently, Iran has ALSO threatened to attack Israel if the US strikes, and here is the wild card because Israel plays a big part in the globalist agenda. Read up on the differences between judaism and zionism. No one is saying Jews are bad or evil. There is a zionist ruling class above them, above everyone, at least they are in their minds, and they are quite different, so let’s not hate on Jews for no just cause. With that said, if Israel gets attacked, they have the potential to unleash nuclear weapons to defend themselves BUT… there has also been reports of a false flag nuclear event that will add disfavor to those who are in league against the US. All I am doing is illustrating all the pieces of the puzzle, and that puzzle is about to come together. The time is rapidly, rapidly, rapidly approaching to a fork in the road for all of you. You will go down a path that leads to a world of global warfare, chaos, destruction, total disorder OR…. somehow, someway this crisis gets resolved without war, but let’s use our common sense, it appears they have come to far to be bluffing, doesn’t it? They have their agenda, and they aren’t going to stop now, but they are getting more desperate aren’t they and desperation leads to mistakes. The ones making the calls are madmen, they are insane psychopathic madmen, and it’s sad that those who have the power wield that power the way they do. Such a waste. More to come, wide eyes open. Love to all.

Do you know what this image is? This is Senator John McCain at the Senate hearing yesterday playing online poker while Congress discusses unleashing WW3. These are the people deciding whether millions live or die, and they do this instead of doing what they are supposed to do. Do you see now what I mean about their agenda? They have a plan that you aren’t privy to and these “hearings” are all theatrics designed to misinform and disinform you all. Not only was McCain caught playing poker, he joked about it, as if it were funny. The only joke is his dinosaur ideology and the fact that he is a main puppet for the globalist agenda. Speaking of puppets, check out this image of John Kerry…

Remember what I said a few posts back about how people can be so evil, they actually LOOK evil… well here you go. This idiot looks like the latest apprentice sith for the dark side, and he isn’t far from it… 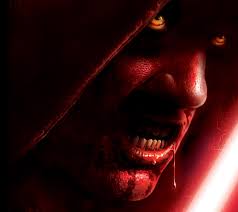 And it sounds like he has a lot of influence on the decision-making process leading up to this military strike against Assad. I thought Kerry lost the Presidency?… you see how these worms wiggle their way into power, no matter what, and here we have John Kerry, a former anti-war protestor war-mongering, clearly flipped over to the dark side. Again, these are the psychopathic fucks that are leading you all into global warfare, whether you like it or not. Watch some footage from the Senate meeting yesterday, this guy looks straight up sinister, as do many of his cohorts. Even Der Furher Obama, have you seen him lately? Check out the before and after…

Look at what succumbing to evil will do to you. The life just drains out of you and you become all haggard and sickly looking, just like the Emperor in Star Wars. Look them up for yourself if you don’t believe me, there are numerous images. Do you really think you can sell your soul and not pay for it?

I know that I have readers all over the world, and I want you all to know that these 3 bastards I have illustrated for you are not liked by the American people. Do not blame the Americans themselves, blame the government. It calls itself an “administration” while calling everyone else’s government a “regime.” THE USSA GOVERNMENT IS MORE OF A REGIME THAN ANY OTHER, and it’s reminiscent of Nazi Germany right before Adolph Hitler took over full control. The Nazis wanted global domination, so do the New World Order globalist pig scum, and they will use the 3 puppets mentioned above to fulfill their agenda. We did not vote these people in, they were selected, not elected. The election process here is rigged, the government is beyond corrupt, their MSM fake news mainstream media promotes their agenda as well as distracting the populous with celebrity obsession, bottom line… this country is a sick shadow of it’s former self. The people are tired of it, they do not want war, but they are so programmed they don’t do anything about it. So the inevitable must come, some sort of great change, a cleansing, a tune-up, something must happen soon for the sake of humanity or we will all go the way of the dinosaurs. Much more coming in the next few days I can assure you. Wide eyes open. Love to all.