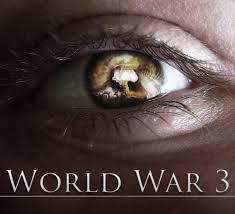 We have avoided World War 3 thus far as these idiots in power negotiate and talk and talk and talk some more. The Russian President, Vladimir Putin, has taken charge of the situation it would seem. They have almost established 100% that it was the REBELS, not Assad, who carried out that chemical attack in Syria August 21st. Yes, the rebels that the CIA and the USSA are helping gassed their own people and tried to blame Assad, and the US government tried to use that as an excuse for war. Do you not see yet how these globalist pig scum are working to go forth with their agenda? And they are STILL DOING IT. Kerry, Obama, McCain, the 3 main puppets, are still claiming deception on the part of Syria and the Russians, but it is just as Putin said, “Use common sense.” Why would Assad use chemical weapons when the rebels have already been known to use them before? Why does Russia have undeniable proof that it WAS the rebels, yet that evidence is ignored by US “intelligence?” Common sense, common sense, common sense….

Now, I pose this question… Is Putin part of the globalist elite? If he were, then he has masterminded his way to the upper tier at this point and is way ahead of the game as far as we can tell. If he weren’t, which I am inclined to believe, then he would be countermanding every globalist move made by the pig scum that control the US government, which he is. So…. is there a behind-the-scenes power clash going on amongst the elite who are globalists and the elite who are not, or are ALL ELITISTS globalists? The rabbit hole doesn’t end once you jump in, so who knows how far their claws have dug themselves into the fabric of humanity. What we do know is that whatever they have diplomacized about has stalled any military engagements, at least for the time being. No false flag has happened yet, well not since the chemical attack, which is certainly definable as a false flag event. The US government wanted to use that event to unleash a missile attack against Assad’s regime in Syria, before they even had any definitive proof. Can you imagine where we would be now if they HAD commenced with that attack? These evil globalist bastards are war-hungry and they will not stop until they get it.

What they hadn’t planned on however was the mass awakening that would ensue because of their appetite for war, and you will never hear about this on any MSM news outlet. That’s right, the numbers of awakened have skyrocketed since we almost dove into the madness of World War 3. Many, many, many people who were so sure about their government and so sure about Der Furher Obama, aren’t so sure now, are they? They have opened their eyes to this “administration” that is really the most evil “regime” of all, although they call everyone else’s government a “regime.” While more and more Americans struggle from paycheck to paycheck, week to week, many day to day, they are finally seeing that this government cares nothing for it’s people, but rather for the fractional few who control all the wealth. The American Dream is now the American Nightmare. How long do you think this can keep going the way it is here in the US? The world is sick of our government’s policing of everyone, they are just fed up with the US in general. If you were Russian or Chinese, how would you feel about America? You must stay open-minded enough to see it all from the bigger perspective. America has become like a 5th year senior in the eyes of the world, or maybe that guy at the club that’s a little too old to be there. Regardless, our government has embarrassed it’s people. We do not want them or their agenda. They are not against us, but they certainly aren’t for us either, and that makes them an insolvent government that should be removed and remedied immediately. Many of these bastards are war criminals. They would be if they lived in another country, why aren’t they here? It’s a sick joke, and they play it on all of you. I’m sure there is much more to come from all this, stay tuned. Wide eyes open. Love to all.