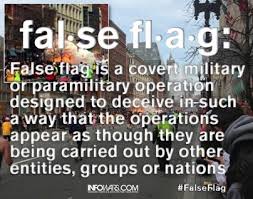 This is it, this is the big week when the US decides or undecides to unleash a military strike against Syrian leader Bashar Assad’s regime. What will happen?… I have told you what the possibilities are, how the show will play out, now we are almost at the time where we all see what exactly goes down in this most-sticky of situations. This could possibly instigate WORLD WAR 3, and as I’ve said, that is what the globalist pig scum want. So stay alert this week because there is surely something in the works, one way or another, there will be some event this week that alters the course of history. Will Congress vote “NO,” shocking the world and isolating this puppet idiot president, or will they vote “YES,” and adhere to the globalist agenda? That’s what it has come down to, because what you say, what the people say, apparently falls on deaf ears. Everyone says, “NO WAR,” but these pig scum are trying to monger it anyway. Will they succeed, will they win, or will they fall? It is down to a few days now, hours really. Which way will the world turn? If it IS all an orchestration, than any event that furthers their agenda could be coming, hence the week long FALSE FLAG WARNING. These bastards are insane remember, and you can’t predict crazy. They are also desperate, which means expect anything this week, and it should prove eventful to say the least. Just make sure you don’t buy into what the MSM tells you because they are about to really turn up the volume on the “deception” button. More to come. Wide eyes open. Love to all.